Prior to 1947 the state athletic program was administered by the New Hampshire Secondary School Principals' Association. In 1947 the New Hampshire State Athletic Association was formed. In 1948 the name was changed to the New Hampshire Interscholastic Athletic Association. The primary reason for the creation of this organization was to establish the state athletic programs as an integral part of the entire school curriculum. It was believed that athletics, properly directed and administered on a state-wide basis, has a contribution to make to the educational program of schools. The Association was incorporated in 1951. In 1953 a full-time office was established with a full-time executive director.

Since 1947 the NHIAA has made progress in organizing, supervising and coordinating a state wide athletic program. Superintendents, principals, athletic directors, coaches, state school board association members, and State Department of Education personnel have served on the Council, the governing body of the organization. The administration of the sports has been carried out by committees chosen from school and non-school people throughout the state.

In addition to the administration of athletics, the Association has formulated standards to insure that competition is equalized. Regulations have been adopted to meet changing times and conditions. Changes, when necessary, are implemented by constitutional or by-law amendment.

The New Hampshire Interscholastic Athletic Association is a voluntary organization operated by a continually changing committee structure and an athletic council. Committee membership is voluntary. Positions on the Council are rotated over a period of years giving the opportunity for all viewpoints to be considered.

By this process, athletics takes its proper place in the entire educational program of the schools and makes a great contribution to the development of New Hampshire youth. 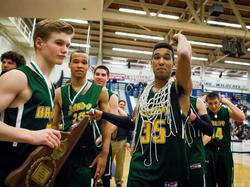