Red at the Rink

Back in February, ice hockey teams from Keene HS, Monadnock Regional HS, and Fall Mountain Regional HS conducted a fundraiser called Red at the Rink. Since February is American Heart Association month, the captains of the hockey teams decided the fundraiser would support one of their peers from Fall Mountain. Spencer Harrington, a junior on the Monadnock-Fall Mountain Boys Ice Hockey team, had a heart transplant 5 years ago on February 5th. From February 5th through February 15th, approximately 60 players from three ice hockey teams (Monadnock-Fall Mountain Boys, Keene Boys, and Keene-Monadnock-Fall Mountain Girls) raised funds to support Boston Children’s Hospital, where Spencer has received care since he was born and had his heart transplant. The players worked with local businesses to raise money and spoke about the initiative on WKBK radio. Every game played at Keene Ice between February 5th and February 15th was a Red at the Rink game, where players work red hockey socks, and collected donations for Boston Children’s Hospital. The players set out to raise $5,000 and through their hard work, they were able to surpass that goal by raising $6,335.40! 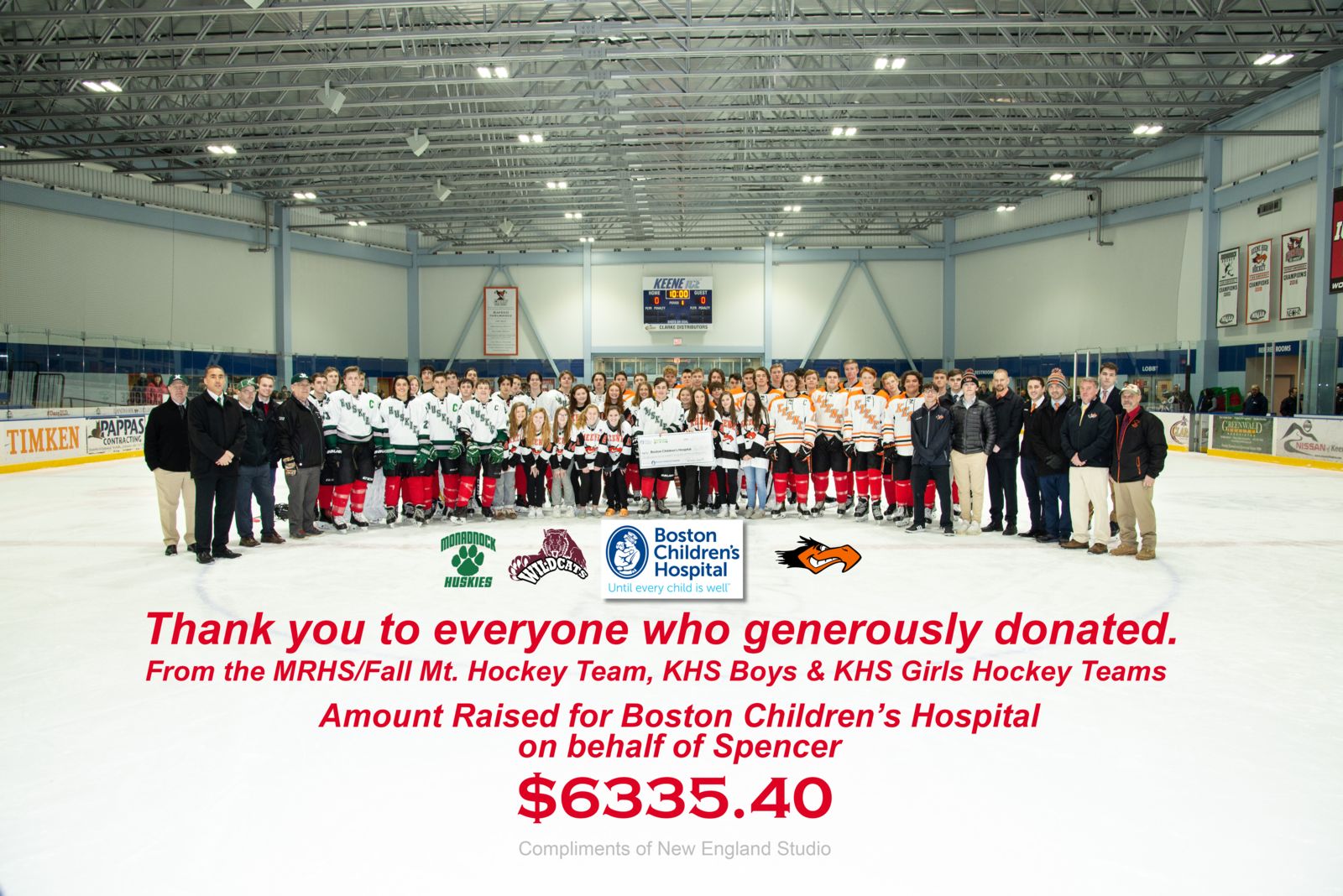